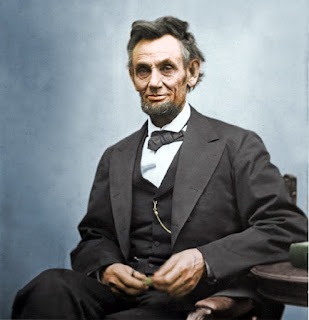 The mark of a really good screenplay – at least if you judge it the same way the screenwriting members of The Academy seem to – is that it actually be really about something. That’s how to get your film ranked in the high echelons. But what precisely differentiates a great Oscar-worthy film from something frivolous like, say, American Reunion? 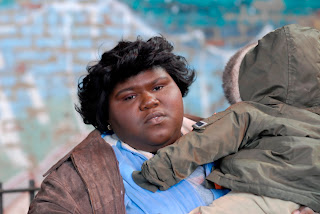 It's almost as if a film is one long sprawling debate two hours long. A heated argument made up of smaller arguments, each valid in their own way... from the perspective of those fighting their corner.

(Interestingly in a film like Precious the arguments the protagonist uses are arguments against herself – yet another reason why the film is so moving and powerful.)

As luck would have it, the trailer for the new Oscar-bait Spielberg movie came out last week and it’s certainly got lots of big and powerful stuff going on: the end of the American Civil War, and Lincoln’s continued attempts to reunite the nation while simultaneously abolishing slavery... pretty heady stuff. Here it is if you didn't get around to it yet.

I thought it would be fun to break down the dialogue in the trailer and see what themes we’re dealing with once Janusz Kaminski’s photography and John Williams’ rousing score have been stripped out:


LINCOLN (V.O.) – We here highly resolve that these dead shall not have died in vain. That this nation, under God, shall have a new birth of freedom – that government of the people, by the people, for the people shall not perish from the earth. [Final words of the Gettysburg Address]

FRANCIS PRESTON BLAIR (Ally/Mentor) – We can’t tell our people they can vote yes on abolishing slavery, ‘less at the same time we can tell ‘em that you’re seeking and negotiating peace. [Incidentally – newspaperman and advisor Blair is played here by Hal Holbrook who was Abraham Lincoln in the 1976 TV series Lincoln. Here he lays out for the audience just what the main conflict is – how can you unite a nation at war while at the same time proposing laws unpopular with the South?]

SECRETARY OF STATE WILLIAM SEWARD (Ally?) – It’s either the amendment or this confederate peace – you can’t have both. [Seemingly intractable obstacle. Which will Lincoln sacrifice?]

ALEXANDER STEPHENS (Vice President of the Confederate States of America – Opponent!) – How many hundreds of thousands have died during your administration? [Making it personal.]

UNSPECIFIED OPPONENT #1 – Congress must never declare equal those who God created unequal! [Insert Lincoln's wife Mary Todd Lincoln and her African American friend, Elizabeth Keckley, looking on dolefully from the viewing gallery. Re-assertion of the values and power of the opposition, putting a face to the oppressed underdog group – a stakes character.]

LINCOLN – We’re stepped out upon the world’s stage now - the fate of human dignity in our hands! Blood’s been spilt to afford us this moment, now, now, now! [The slavery issue is his priority.]

THADDEUS STEVENS (Ally) – Abraham Lincoln has asked us to work with him to accomplish the death of slavery. [It seems an ally might have come to the rescue.]

MARY TODD LINCOLN – No one’s ever been loved so much by the people. Don’t waste that power. [Another ally, but this one is both encouraging and warning him, so perhaps she’s also a mentor. And the stakes are big for her too – her family was torn apart by the opposing values of the civil war. She had brothers who fought and died for the South.]

UNKNOWN – This fight is for the United States of America! [Pretty specific reminder of the stakes.]

LINCOLN – Do we choose to be born? Are we fitted to the times we’re born into? [Self-doubt with a metaphysical curiosity, signifying a deep and philosophical mind.]

SAMUEL BECKWITH (Ally) – Well I don’t know about myself... YOU may be. [His contemporaries were aware of his special place in history.] [Interestingly this is the only actual dialogue exchange in the trailer. It speaks volumes about the tone of the film and to some of its themes. Best of all it contrasts the actions of a celebrated historical figure with his internal struggles and self-doubt.]

LINCOLN – This settles the fate for all coming time! Not only of the millions now in bondage, but of unborn millions to come! Shall we stop this bleeding? [African American characters applauding emotionally, and so are we, the viewer at home, because we know how it turned out... eventually.]

So that’s how you do that. Identify the salient issues of your story, make sure all your characters have a position, strong values, beliefs and great passion, and give your protagonist inner, outer and societal conflict. Boom. I’m being frivolous of course, because this stuff is really, really hard. But having said that, I believe it can be learned.

The real trick isn’t just writing powerful thematic issues-led dialogue that adds power to your screenplay, it’s getting it out onto the page in an easy-to-follow form.

(Despite trite quotes to the contrary, cinema is about show and tell. Visuals can convey some thematic information, but only some. In my opinion, and as we've seen in the above example, the best way to convey theme is by having characters who believe in something passionately vocalise their values. That’s where your film derives the true core of its conflict.)

So let's say you’ve got all your themes and characters’ values worked out and you want to arrange them into a coherent argument across the two hours of your film. How do you construct a rising crescendo of scenes, each moving the story forward, each elucidating the themes, values and positions of the characters, while simultaneously interacting with the real world of people, animals and things. In short – what's the best way to go about arranging this stuff on your timeline? 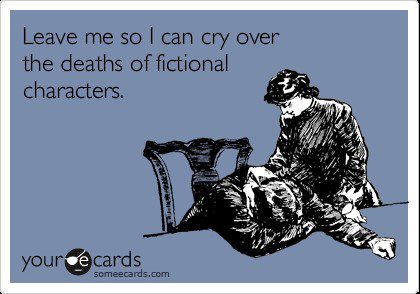 (Until then – if you happen to be an expert on the American Civil War please let me know in the comments any character names I wasn't able to work out, and I'll update accordingly.)
at Friday, September 21, 2012