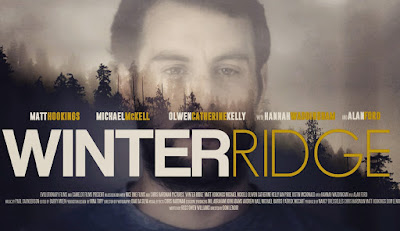 Two UK filmmakers, Dom Lenoir and Giles Alderson, have embarked upon a new venture to bridge the gap between independent and big-budget films and also to explore the mindset and approaches of how people really got there, which you don’t often see at other panel events.

Both are filmmakers with provenance:

Here is an overview of the events and their contact information.

Make Your Film is a new London event that myself and Giles have created to present and run together. Giles already has a lot of amazing success stories from a wealth of independent and studio level filmmakers through his filmmaker's podcast and from my side I already ran a film course with Matt from Camelot Films about the stages of producing your film at a high level.

Running this new event came about because we wanted to help other people in the indie world get their films made. There is such a lot of negativity and barriers to getting features made, and the status quo is very limiting in telling people what they should aim for: - such as what genre you have to do, whether you have cast at a certain level, if it has to be minimal or “contained” etc. What we have found through our experiences that if you are willing to be resourceful, and are passionate about making films, that you can take the stories you want and get them made and we want to inspire people to see the ways people have done that.  Our approach to show this is by showing the challenges our panellists have faced, their unique and different ways of approaching the producing of their films and at the same time building a positive framework of people who want to create great stories and films and can collaborate to do so.

The main focus of our first event was about making your first feature and our guests had all achieved amazing things: the panellists' films starred some amazing talent:: - Adam Morse’s film Lucid stars Billy Zane (Titanic), Jenna Suru’s film L'Âge d'Or, which she stars in and produced herself and is impressively set in 1960s France/LA, Phin Glynn’s film You, Me and Him stars David Tennant.

In terms of Giles he did his first studio film with Millennium called The Dare and myself, I just completed Winter Ridge starring Alan Ford (Snatch) which we independently produced and got into 25 cinemas's entirely ourselves.

The atmosphere was incredible on the first event night, people were incredibly positive and saying how charged they now are to go off and get projects made and how different and insightful it was compared to a lot of panels that just look at success stories. It's surprising how many talented people just need a push, or to hear a different way of looking at things to renew their drive and get something moving after having had a setback or being told their project was not possible. Having had a challenging time ourselves on projects in the past we wanted to give something back and give something useful to the film community. Each event has a different theme; we will be tailoring them to hit some interesting areas as we move through each month.

We’re actively collaborating with other networks and sponsors as well so it isn’t just our own event but a collaborative venture. There are some amazing companies joining us and some really high level speakers, so it’s really exciting how quickly it’s expanding.

You can follow us on all the social media pages and keep up to date with our next event on March 5th as we announce new speakers on the Facebook page https://www.facebook.com/MakeYourFilm2019 and also the filmmakerspodcast https://twitter.com/filmmakerspod where you can also get your projects shouted out sometimes on Twitter to help get the word out there too.

Our first announced guests are Fizz and Ginger Films who are currently premiering their latest movie The Isle in L.A.

Tickets here for our March event:

ABOUT the Make your Film hosts:

Dom Lenoir - Directed & produced his 1st feature age 20 and achieved his goal of 3 features before 30 yrs old with Winter Ridge starring Alan Ford (Snatch, Lock Stock) and Oscar winning sound designer Glen Freemantle (Gravity) which had a 25 screen cinema release and 16 festival awards. Doms back catalogue includes international shooting in Sicily, Scotland, Austria, Spain and Germany, showing an ability to create high production values and focus on acting led drama.  His work is very much story and character led, delivering heightened drama and thought provoking messages within his films. His next film in development We Called Him James is written by Daniel Graham whose last script attracted and featured Willem Dafoe.

Giles Alderson - Giles was born in Harrogate, Yorkshire, UK. He has recently directed studio film with Millenium 'The Dare' and 'The World of Darkness feature films. He starred in the films, I Want Candy, The Torment, The Harsh Light of Day, The Damned United and is the founder of Gold Films & Figi Productions where he has produced and directed eight award winning films including, 'The Heart of the Forest', '47 Cleveland' 'Taken' 'Barry Brown' and the first 3D short drama to be filmed in the UK 'Sportsday 3D'. He is now in prep for his drama feature 'The Nobodies' and is in post for his writing and directing debut the psychological horror feature 'The Dare' starring Richard Brake, Alexandra Evans, Richard Short, Bart Edwards and Robert Maaser for Millennium Films and B2Y. 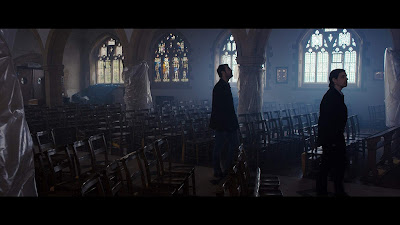